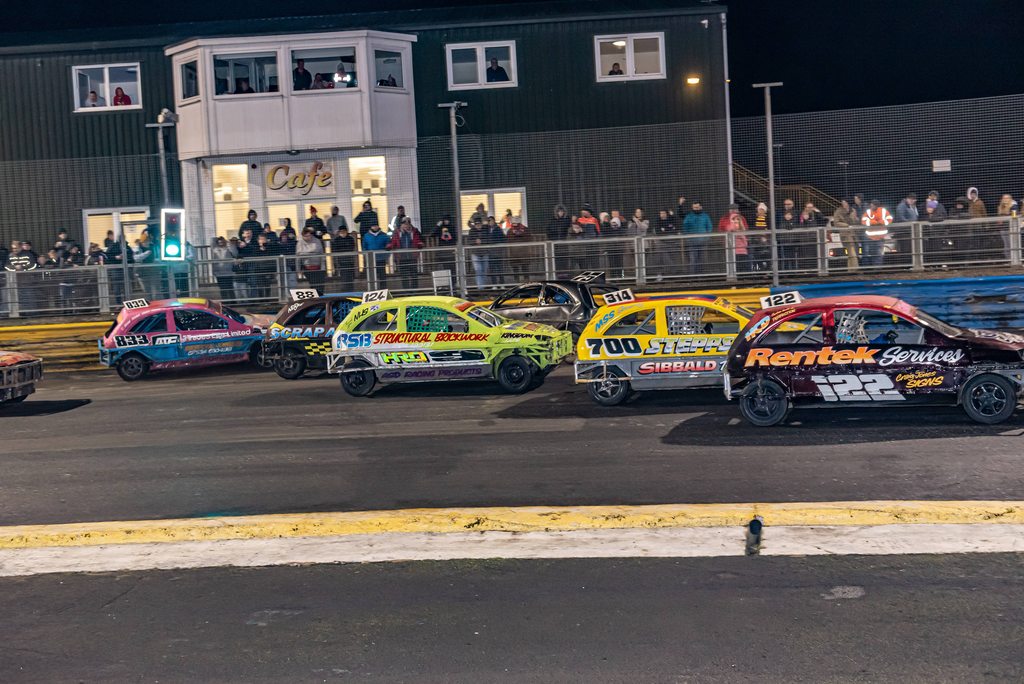 With the 2021 season pretty much complete, it\'s time to reflect on what has been quite some season.

Despite the pandemic putting our early season plans into chaos, 30+ race events, including 5 spectacular speed weekends, will have been recorded throughout the 2021 campaign at Lochgelly Raceway - A remarkable achievement by all accounts, and we would like to thank you all for supporting us - whether that be as a driver, part of a race team, a spectator, or one of our excellent race day officials.

Although the season kicked off with restrictions in place, with trackside parking being the only choice when we first returned to action, thankfully, restrictions eased and standing spectators were again permitted, moreso as the season went on.

Despite the difficulties and uncertainty, we were able to host the 2021 National Hot Rod European Championship weekend in late May. An event that we are proud to stage at Lochgelly Raceway, and one that always attracts most of the sport's top drivers. We are eternally grateful for the commitment of the drivers and teams for making the weekend happen - with several drivers seeing the European Championship meeting as their first meeting of the season!

It wasn't just the National Hot Rod weekend in late May that was held under restrictions - with our aim to try and get back to our pre-published fixture list as early as possible in order to avoid disrupting any plans for visitors, we again run under restrictions for our 2nd speed weekend of the season in June. The 2.0 Hot Rod British Championship and Stock Rods European Championship were the headline events, though the Rebels put on an excellent showing as well as they also contested for their own European Championship!

The Lochgelly Raceway 10 year anniversary weekend would go ahead a year later than planned in late July - and provided some of the best banger racing that the venue has witnessed through it\'s previous 11 years of existence. So much so, that there are plans afoot to run a similar event in 2022, although, with not quite as much formula in action!! The Ministox provided a feast of entertainment over the weekend, as did the Superstox class. Thankfully, the weather held out for us, and a split day of racing seen the most ever cars in attendances for 2 days of racing at the venue.

Into September, and the 1300 Stock Car World Championship would come to Lochgelly Raceway, as well as the Superstox British Championship and Legends European Championship. The 1300 Stock Cars provided some of the best racing we have ever witnessed - with some saying it is up there with some of the best World Finals they have seen - that is a credit to the drivers for turning up, and putting on a show! Nick Roots started off what would turn out to be a season of glory for him, as he took the British Championship.

The Micro Banger World Cup in October provided 2 days of thrills and spills. A better turn out of cars than, in all honesty, was expected given the rule changes at the start of the year, provided plenty of action for the buoyant crowd. The Junior Bangers and Junior Productions both put on their fair share of action as well, with a few talking points as a result!

That's around 600 drivers that have taken to the track throughout the season!

As well as the aforementioned speed weekends - there has been ample excellent meetings throughout the season - too many to mention!! We'd love to know what meeting stood out most for you, and what were your highlights from the 2021 campaign?!
On behalf of us all at Hardie Race Promotions, in association with Spedeworth Motorsports, we would like to thank you all for supporting us throughout and hope to see as many of you as possible on the 31st December for our Hogmanay special event.
Plans are well afoot for fixture planning for the 2022 campaign - where we hope to grow further on what we have done in 2021!