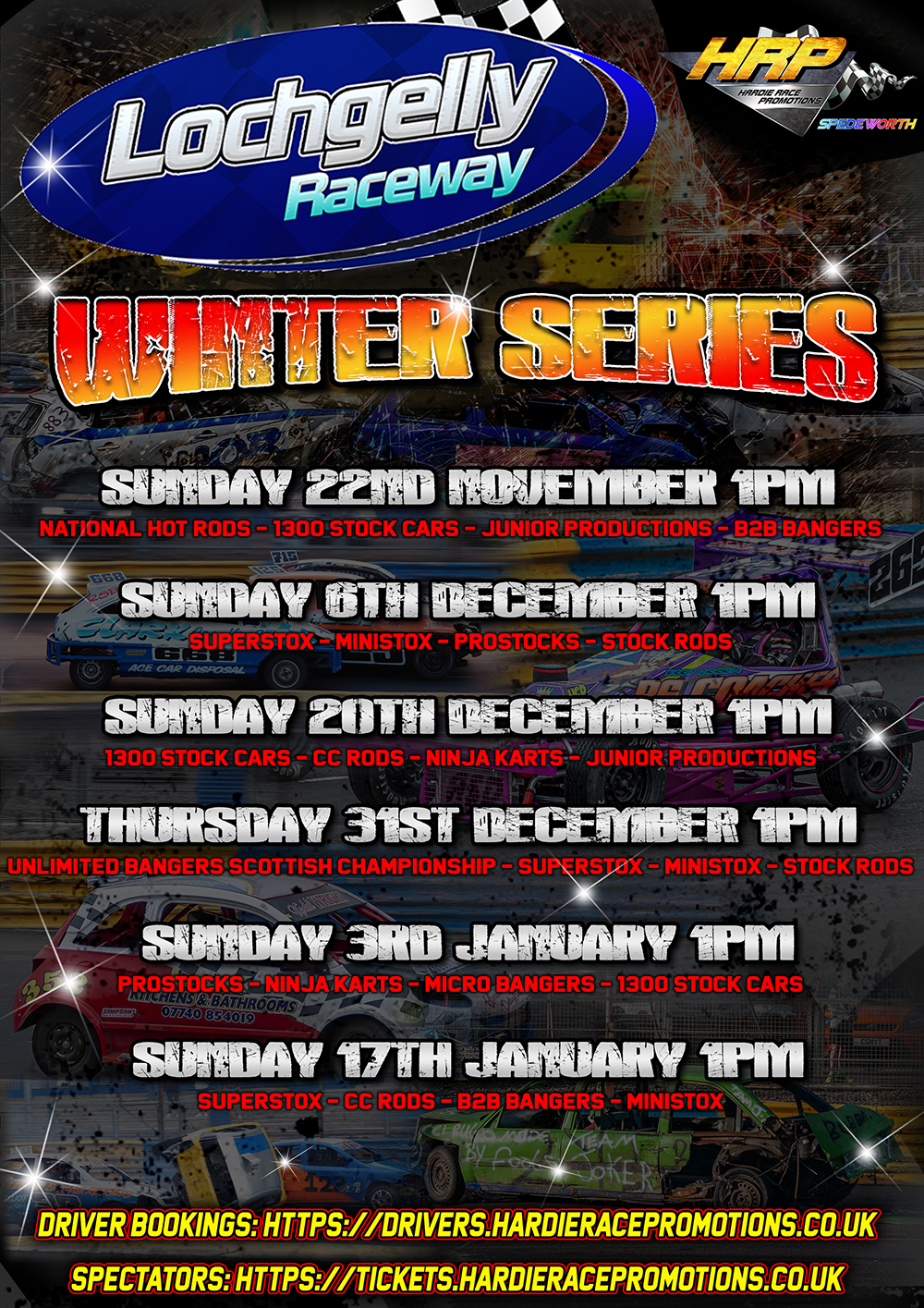 As previously announced, for the first time under the Hardie Race Promotions banner, a winter series is to be held at Lochgelly Raceway.

The winter series will kick off on Sunday 22nd November with the majority of formula featuring over around an 8 week period. The highlight of the winter series will see the Unlimited Bangers battle it out for their Scottish Championship as part of a Hogmanay Special on Thursday 31st December!

Further Winter Series Information
The Winter Series will not count towards National Points Championships for Stock Rods, Superstox, and 1300 Stock Cars, however, it will count towards the track championship standings for the year in which the meeting falls for all formula, as well as any other points charts!

Any formula participating in more than 1 event throughout the winter series will have a separate points system in place, BUT with a twist!! A multiplier system will be in place for each of the formula, with the lower graded drivers seeing their points multiplied!

The overall POINTS winner at the end of the series will be declared the winter series points champion.

Formula where prize money is normally paid, this will not be paid for the individual meetings, however, will instead be spread amongst the top 3 in the accumulated points at the end of the series!