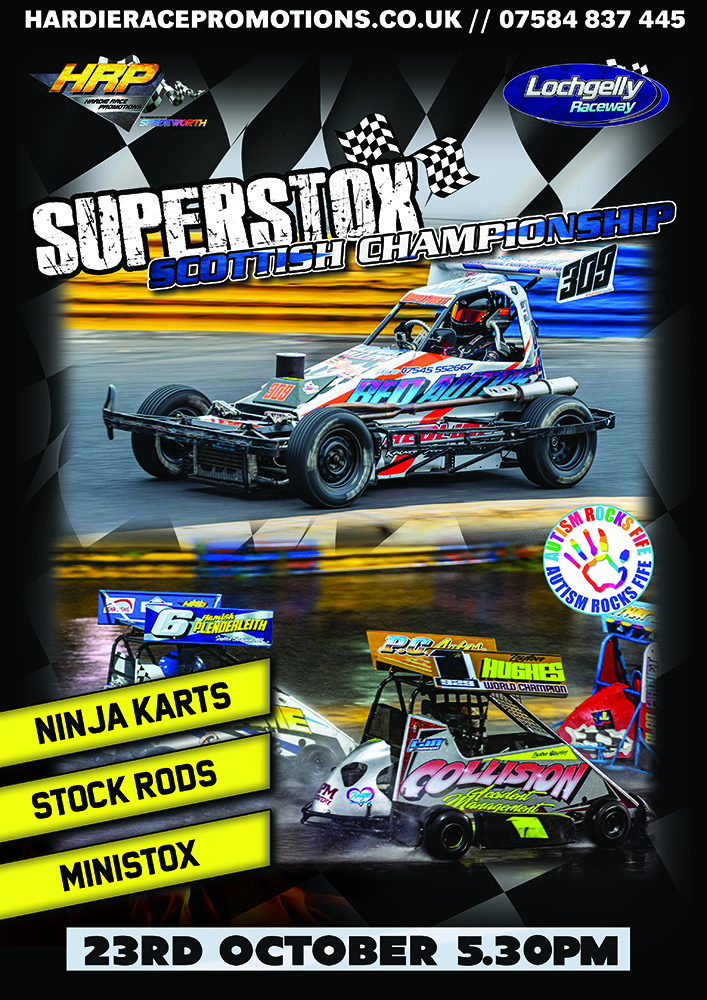 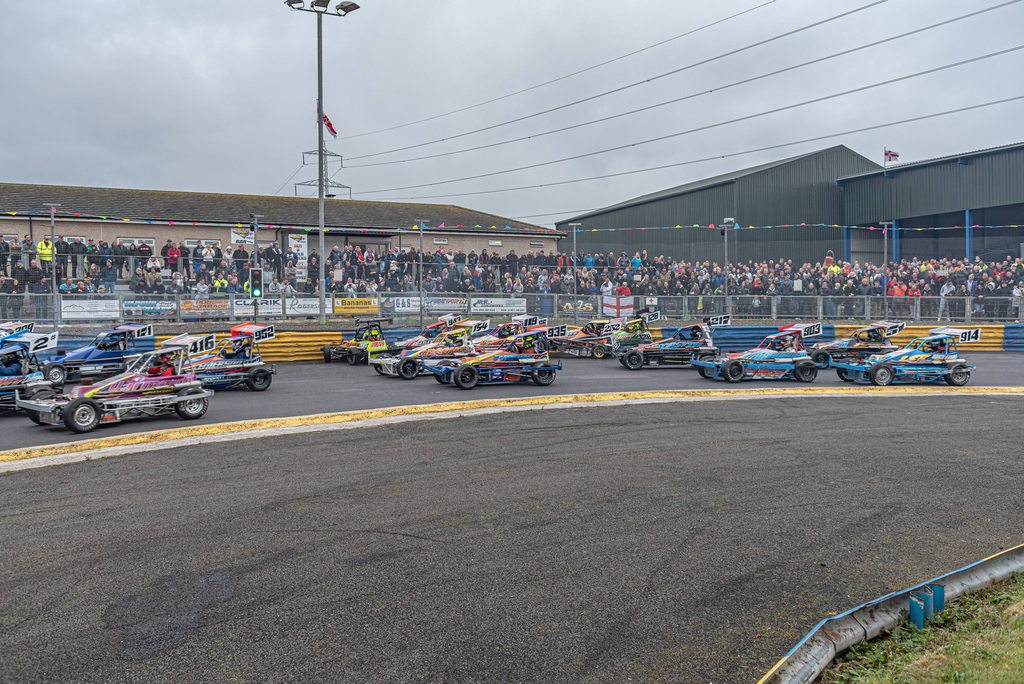 This weekend at Lochgelly Raceway we see the Superstox contest their 2021 Scottish Championship!! Bryan Forrest has reigned victorious in the Superstox Scottish Championship on numerous occasions, and will be looking to add 2021 to his list of accomplishments. However, it will not be plain sailing for the reigning champ, as a number of drivers have upped the ante in 2021, most notably Dean Johnston. Johnston has put up an excellent fight in the battle for both the National Points and Track Championships, and has certainly matched the 309 pilot for the best part of the season. Dean will be looking to take away some silverware in 2021 for his efforts, and the Scottish Championship may just be the one that gives him the glory. One driver that has hit the ground running since his return to action is none other than Aaron Riddell. The youngster has been consistently setting fastest laps throughout the last few meetings, and led for a good chunk of the World Final last weekend at Ipswich before a yellow flag caution enabled the pack to close back up! Not renowned for big hits, but is a steady driver, and has the pace and enthusiasm to put up a fight. Those three will likely be the first names on everyones lips as favourites, but you can never discount the likes of Lee Livingston and Adam Low - both of whom are a match for most on the day. With Low in particular, if he has a chance, he won't make it easy for anyone, and will fight till the bitter end for the position! It could be a lively race, and certainly one not to be missed!!!

The Ninja Karts will be racing with over 20 karts again booked in to race, with funds being raised on the night towards Autism Rocks (Fife) courtesy of Team Mason @ M90 Autosports. There will be a new shield on offer for the Ninja Karts as well as 2 sets of tyres given away on the night - Thanks to Direct Car Autocare and M90 Autosports. The Ninja Karts fought superbly last weekend in torrid conditions, but the group of youngsters wowed the crowd with some incredible driving. Jack Connor was the driver on form last weekend, taking away the JusBounce shield for his efforts. Hamish Plenderleith, Kenzie Bell and Eevie Ford have been in a brilliant battle throughout the season for the National Points Championship, which Hamish has now secured with a meeting to spare. This weekend will be the final outing for a number of the drivers, with a number of them reaching the upper age limit for the formula.

You can donate to the cause at https://www.gofundme.com/f/5k62ua-race-for-autism

The Ministox will yet again see 20+ cars in action at Lochgelly Raceway. The Ministox have been one of the most consistently entertaining formula over the last few years, with consistently good fields of cars, and some mouth watering on track action. The Lochgelly Track Championship is still an ongoing battle between Charlie Hardie and Jake Wilson, with both drivers battling it out from the rear of the field, it could provide some good racing as they look to outscore each other!! Scott Allardyce has had an incredible season, winning the ORCi and Scottish Championship and will be looking to go out on a high as the season draws to a close. Jay Paterson secured the GMP National Points last weekend, and will be looking to end his Ministox career in good form - something that he has shown consistently throughout 2021 here at Lochgelly Raceway!

The Stock Rods are also in action, with a decent field of cars to provide us with a dose of non-contact racing. Niall McFerran joins us from DMC. The Track Championship battle in the Stock Rods is still ongoing, with Darren McAlpine leading Siobhan Martin by just 11 points, and 1 further meeting to go. Gary Dean has been in good form since the mid-season break, scoring consistently well, and only being outscored by Siobhan Martin since that point.