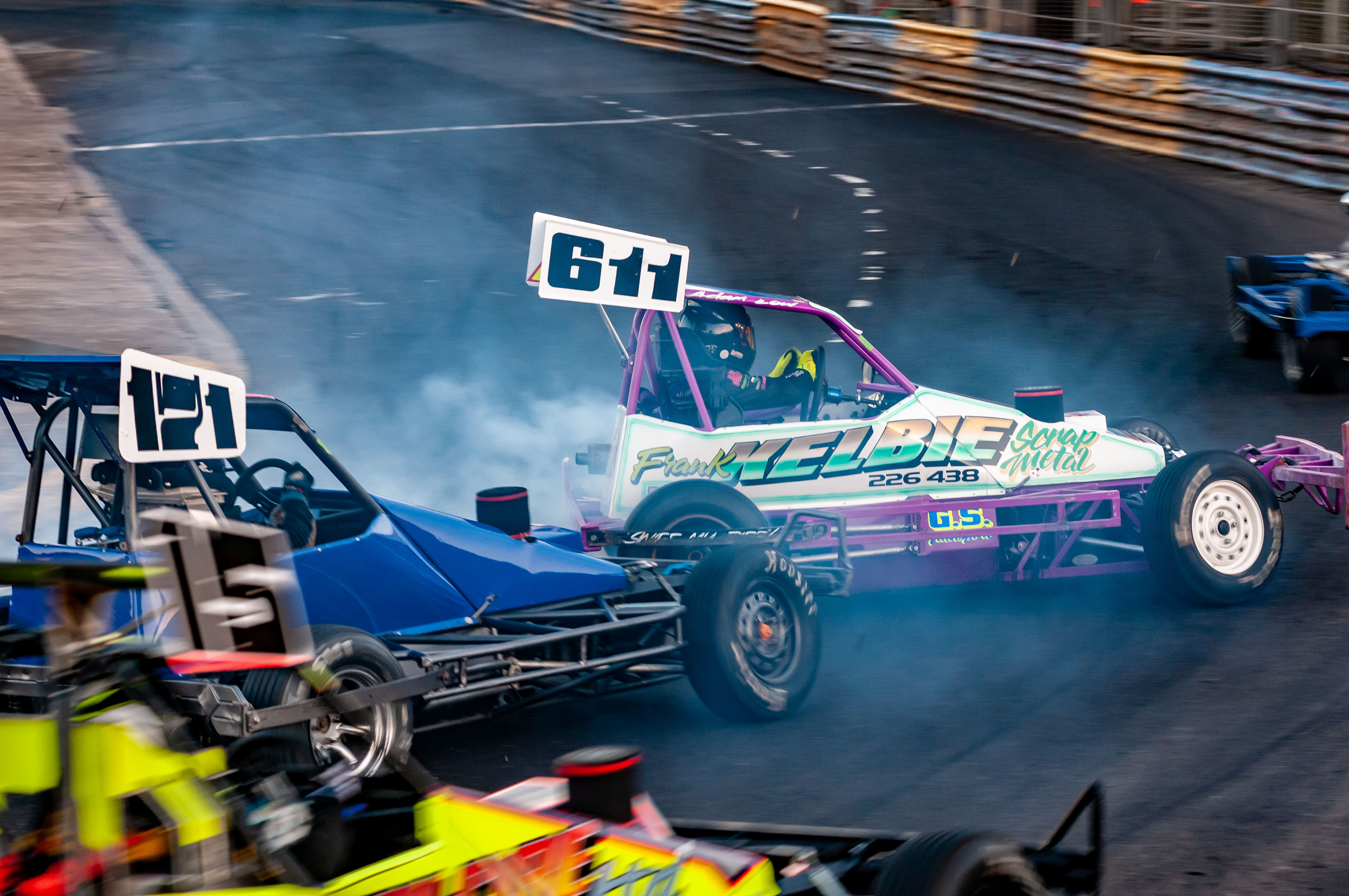 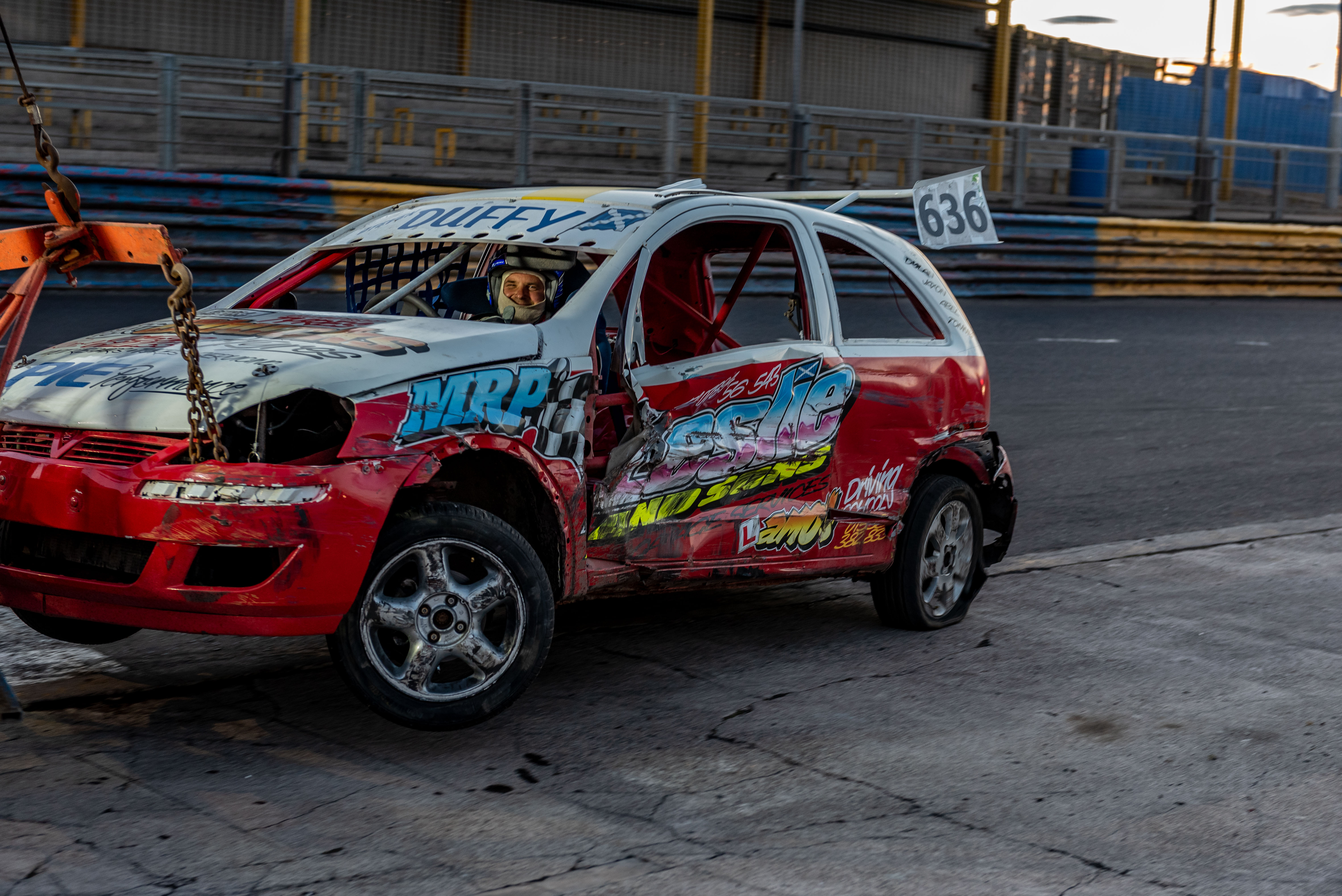 We are back at Lochgelly Raceway this Saturday, 12th June with another double header Championship event!!

The Ninja Karts European Championship, sponsored by McAlpine Auto Sills takes place with at least 24 spaces on the grid – with a last chance race on the night deciding the final entrant(s).

A host of top up and coming drivers will take to the grid – with hundreds of race wins between them across the UK and it will certainly be a hotly contested event. Toby Tyson has been a consistent performer over the last few years, though having recently moved into Junior Bangers with him coming of age in the Ninja Karts soon, one eye may have been taken off the formula, but don’t let that fool you – he’ll be on his A game this weekend as he bids to take one final title from the formula before moving on. Kenzie Bell and Hamish Plenderleith will argue amongst themselves about who has been the top performer between them in Scotland over the last 12 months – and nothing rarely splits these two, with the both of them more than capable of a win in a major championship. Lurking in the wind, and each of the three of these drivers deserve a lot of credit for sticking with it after some challenging times early in their Ninja Kart careers – they are Eevie Ford, Candice Smart and Dougie Kidd – all of whom have the outright pace to beat anyone on their day, but have been unfortunate with luck at times. They’ll be hoping to steer clear of trouble this weekend as they bid to become the 2021 European Champion! Then there is also Scottish Champion, Kenzie Kopacz. Kenzie didn’t have much joy in the first meeting of the season, but showed the pace that seen him crowned Scottish Champion last year at the last outing, before a coming together seen some damage to the kart. Aiden Duffy – the local driver has shown a lot of consistency and has a knack of staying out of trouble, taking away solid, consistent finishes – if he can maintain that in the heats on Saturday night, he could well be one of the front runners in the European Championship race! With Stuart Shevill, Shaun Boyle, Saul Galloway and Cameron Mason competing in their first major championship, they will be looking to go out and enjoy the experience amongst the top performers in the formula, and who knows.. they may spring a surprise, especially Shaun Boyle who has impressed over the first few meetings of 2021! A host of visiting drivers will also join our home based drivers with many no stranger to success. Finley Kew will likely lead the English challenge in the bid for European success, though Murray Hall, Max Taylor and Jake Ashby will all stake a claim as being labelled front runners this weekend. Layton Hughes and Ryan Berry will represent Northern Ireland, and we know Northern Ireland tend’s to always produce quick drivers – can this weekend reap yet another title for the Ulster drivers? Find out at Lochgelly Raceway this weekend who’ll leave victorious!

It isn’t just the Ninja Karts though, the ProStocks are also in action for their own Scottish Championship – Just under 20 cars took to the track last time out for the formula here at Lochgelly, and we’ll be hoping to hit the 20 car mark on Saturday night. Tam Melrose has been the one to beat this year, taking several race wins on his way – but Darren Rae has shown some great speed likewise, and the current Scottish Champion will be doing his utmost to retain the title!! John Mason has found consistent pace at Lochgelly this year having struggled in previous season – Can John be in with a chance of glory? There has been a number of drivers put in some seriously strong performances this year already – Kev Bell, Graeme Fleming and Jason McAlpine to name a few. McAlpine in particular on his day, has the pace to challenge anyone, but is often prone to get in a battle that tends to lose him ground and places in the process – certainly entertaining, and one to watch! One thing that we can be certain off with the ProStocks, is that they will provide some great racing, with a few brow-raising moments thrown in for good measure! Once a formula that looked to be heading down a slippery slope, a revival has seen the formula produce some of it’s best racing over the last 12 months or so here at Lochgelly Raceway!

The Superstox are in action for the fourth time this season, and it the formula have produced some cracking races over the first month of the season. Bryan Forrest is the one to beat, but he has been made to work hard for his results, with an upsurgence in a number of the lower graded drivers – a re-grading for this month however, will see some drivers drop down the grades, and some move up which could lead to some interesting racing! Ciaran Adams returns to action having sat out the last couple of meetings, whilst Evan Clark and Steven Ballentine will look to continue their impressive start to the 2021 season. Hoosier are the tyre sponsors for this weekend race event, with one tire going to a lower grade driver, and one to the final winner as well! The bumpers could be flying on Saturday night!!

The CC Rods are a late addition to the race programme as a reward for some of their excellent showings in the first month of the season – the non-contact class ALWAYS provides entertaining racing – with a few moments that are meant for contact formula thrown in for good measure too! Raymond Brown will find himself move from white to red following an impressive first month of the season, whilst Scottish Champion Brandon Gourlay will be looking to take away some more silverware. Lee Wotherspoon has a grit in his performances of late – as he bids to take the fight to those around him in the battle for the track championship. Ian Donaldson took the meeting final last time out, and will be hoping for more of the same success this weekend!

The Classic Hot Rods are still on at the time of writing, however, are subject to having enough cars book in by 5pm on Wednesday.

Tickets are on sale for this event through our online shop, however, pay on arrival is also permitted.