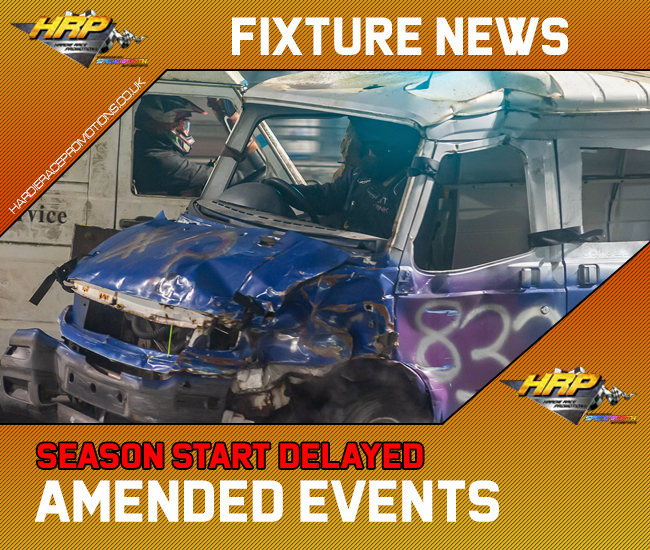 Hardie Race Promotions would like to make our drivers, race teams and spectators aware of the following amendments to the fixture list.

Following on from the Scottish Governments announcement that the country will remain in lockdown until the end of February, the event scheduled for Saturday 27th February, featuring the Big Van Bangers Shaun Walsh Memorial has been postponed and rescheduled for Sunday 16th May.