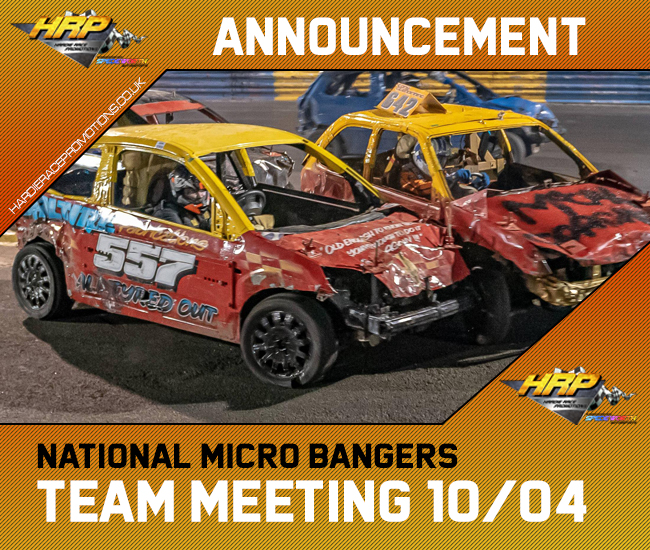 Hardie Race Promotions have listened to recent driver feedback and have taken the decision to run a MICRO BANGERS TEAM EVENT on Saturday 10th April 2021!

This follows on from several requests, as well as a commitment from a number of teams to participate.

This event will see teams of 4 take to the track in a battle to outscore the opposition!

Team entry at £40 per team with the winning team taking away the bulk of the prize pot!

Each team will have to designate a captain at the point of booking.

- The captain will be required to pay the entry fee for the team (£40 per team)
- Confirm colour scheme
- Confirm name and race number of each driver
- Supply addresses of each driver for track and trace.

The captain will also be used as the point of contact in the run up to the meeting and will be responsible for passing on rules to the rest of the team.