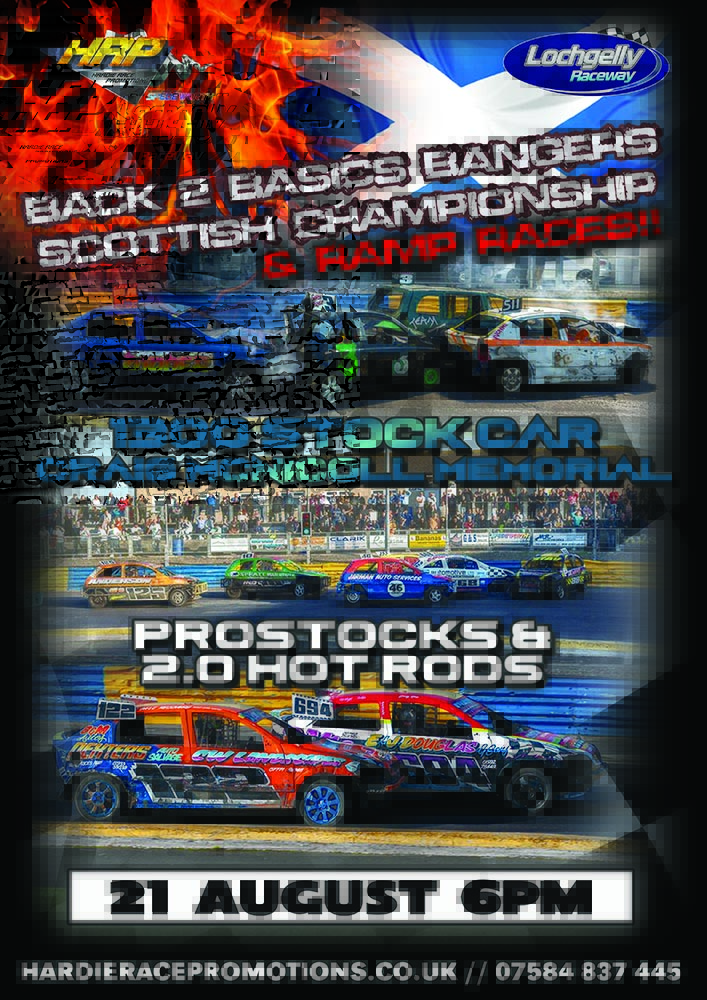 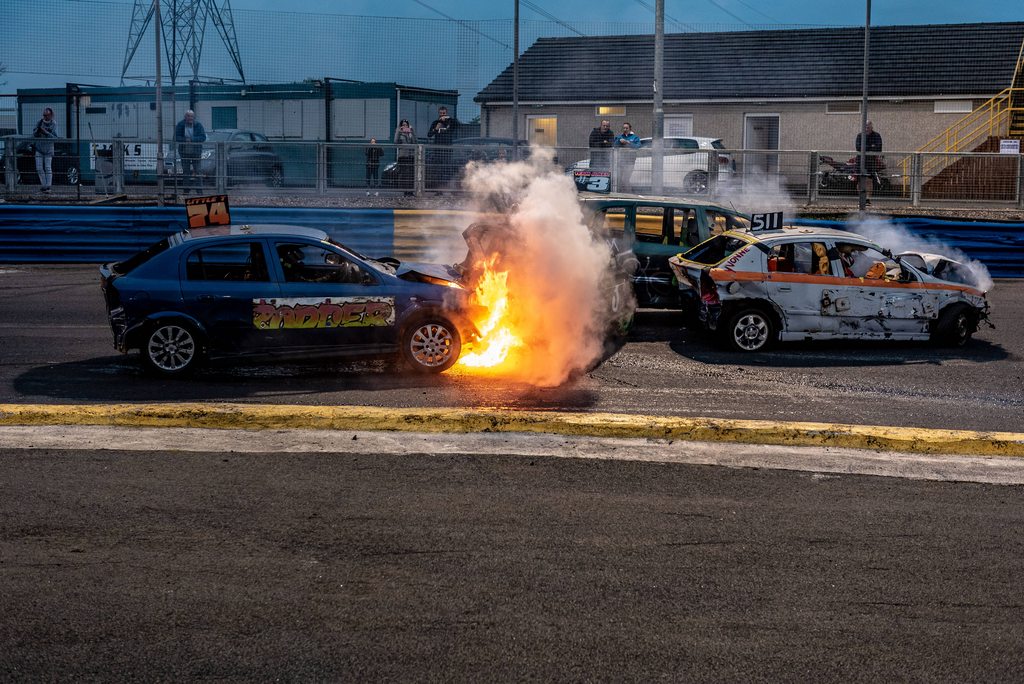 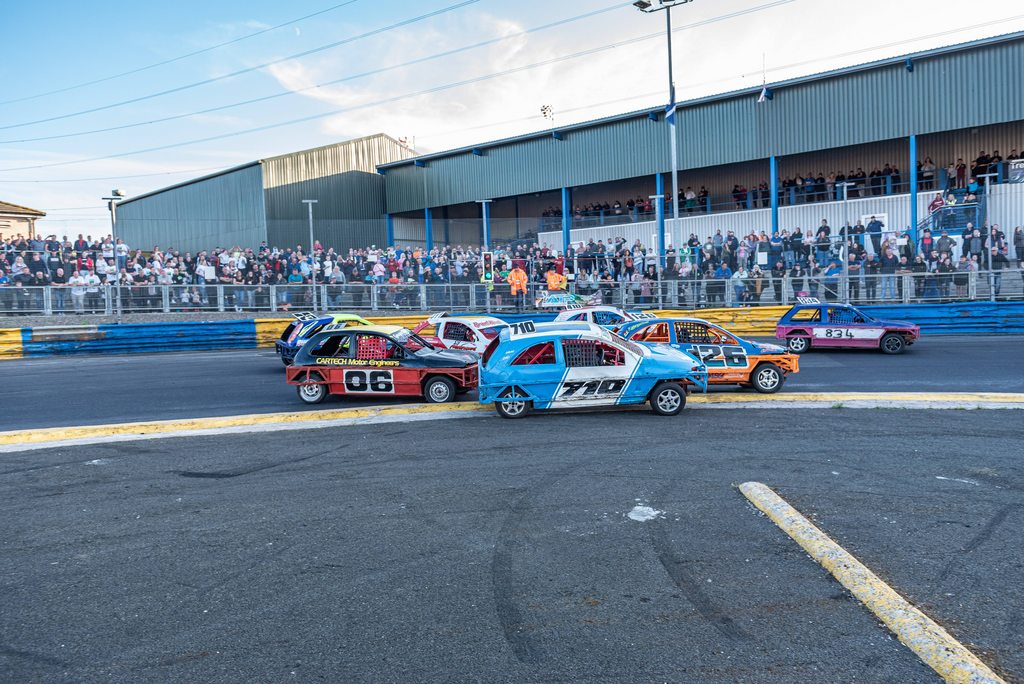 We’re back for what should be another fantastic night of stock car and banger racing!

The Back 2 Basics Bangers will contest their 2021 Scottish Championship, currently held by Douglas McConnachie. Douglas isn’t yet booked in for the event, and it could mean that a new champion will be crowned on the night. James Dillon has shown good pace in the Back 2 Basics class in recent outings, as has a number of the ‘Team Joker’ cars. Ian Cameron will be hoping for a change of luck, having had little to none in his previous outings this season. Garry Dickson will join us on track for the first time since the first meeting of the season in the B2B formula. A slightly different format for the B2B class will see the first race of the night for them being the Scottish Championship race, with the following 2 races being the ‘heats’. The heats however will have a difference – a RAMP will be placed across the track and the cars will go over the ramp in each of the 2 heats following the Scottish Championship, the first of these heats will race as to the limited B2B contact rules. A final event of the night will be the 2nd heat, and Demolition Derby, where the rules will be relaxed, with full contact permitted. A 10 lap dash in heat 2 will then go ‘Green’ again for the commencement of the DD!!!

The 1300 Stock Cars are in action for the 2nd meeting in succession, and for the final time ahead of their World Championship, here at Lochgelly Raceway on the 4th and 5th September. Just under 30 cars are expected to be in attendance this weekend, in what is another special event, as the drivers race for the Craig McNicoll Memorial. Craig was a friend to a number of drivers currently racing the 1300 Stock Car class, and this event will be well fought for. We are pleased to welcome along some of the family of Craig, who will be presenting the shield in the meeting final, which will start in closed grid format. Kyle Hegg was in dominant form last weekend as he scooped a hat trick of race wins, including the Scottish Championship, and will fancy himself to continue that success this weekend. However, with the National Points Chart being so tight at the top, he may not have it all his own way as the battle goes right to the wire in the quest for Silver! Fraser Clark is his nearest challenger, and had he crossed the line in last weeks Scottish Championship, would still be leading the National Points Charts. Sean Naismith will be looking to make amends having narrowly missed out on the honours last week, whilst elsewhere in the pack, there may be a few scores to settle after last weekends superb event!

The ProStocks have seen an influx of bookings, and we expect car numbers to be around the 20 car mark for this weekends event. Last weekend, John Jackson scored a hat trick of race wins, but will find the going tougher this weekend now starting from a little further back the grid. Jake Mason was unfortunate last weekend, getting caught up in a number of incidents throughout the night. A couple of battles may be brewing in the formula, and will be worth keeping an eye on throughout the night. Tam Melrose leads the way in the points charts currently, though World Cup winner Ian Christie will be doing his best to close the gap in the remainder of the season.

The 2.0 Hot Rods are the final formula in action, and following on from last weekends racing, where they provided some excellent non-contact racing, we will be looking for much the same this weekend. Three different winners last time out has shown how competitive the field of cars are, and with such a talented group of drivers, the formula is certainly showing promise. Ryan Mackie is expected to be with us again this weekend, having missed out last weekend as he took ownership of a new set of wheels in recent weeks. 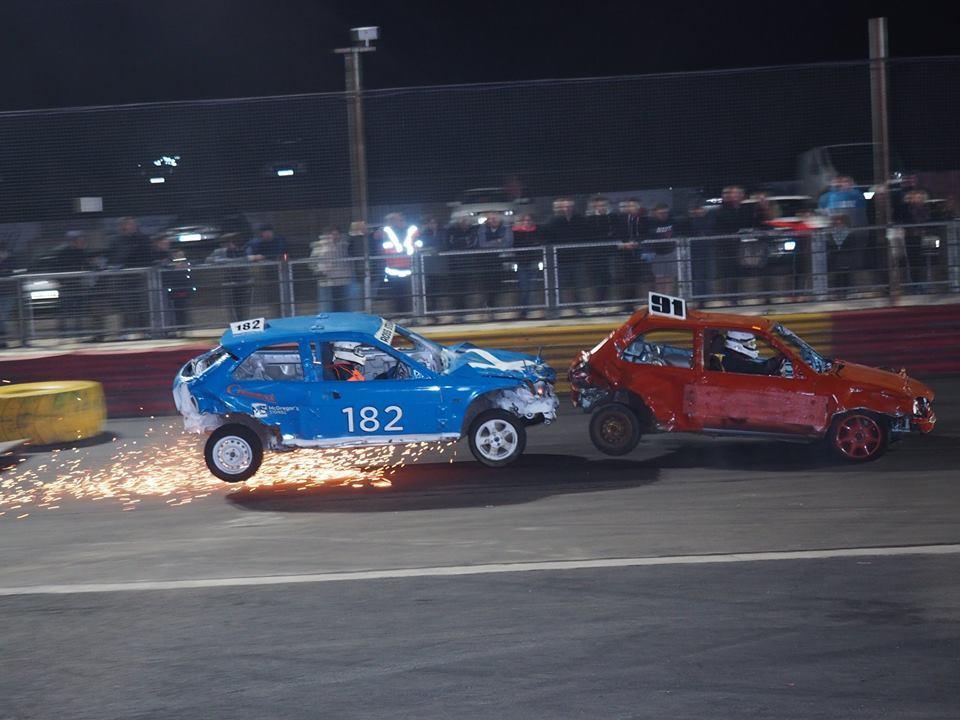