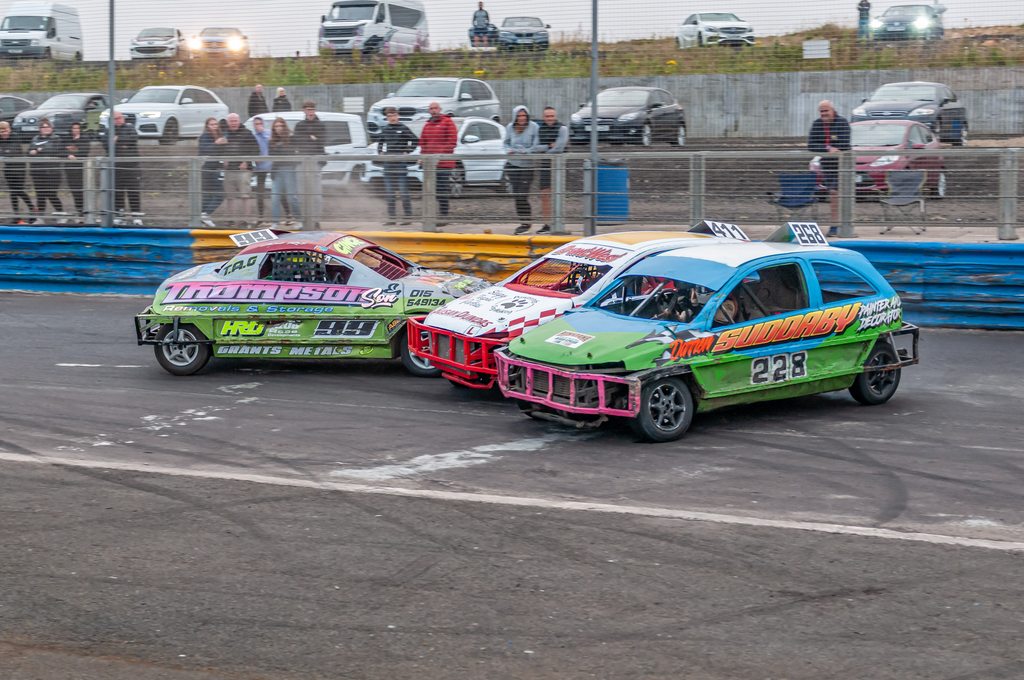 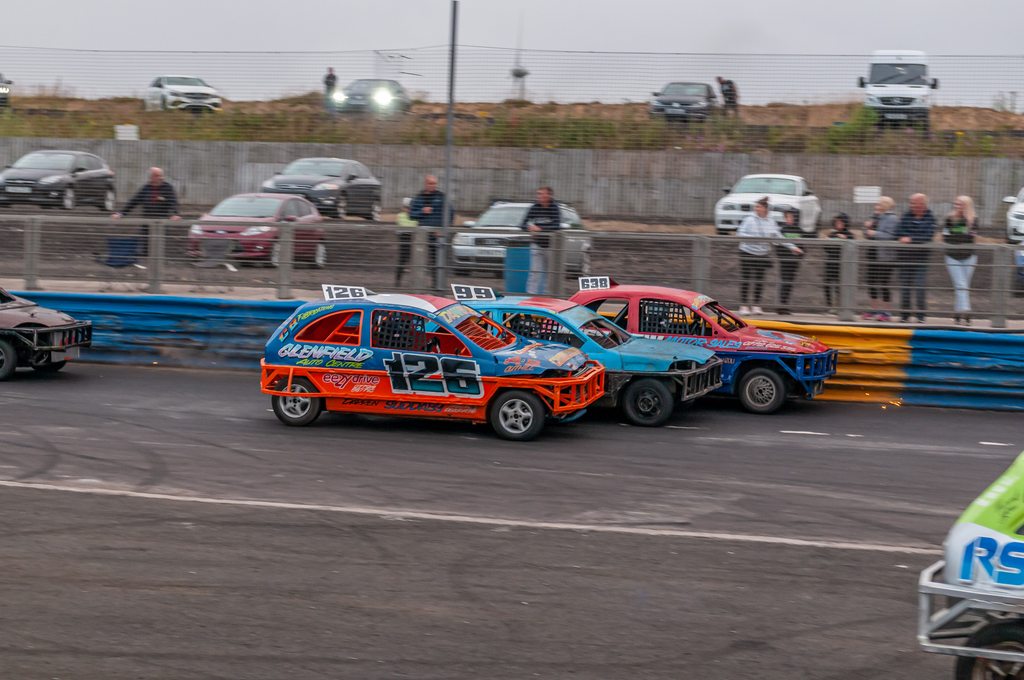 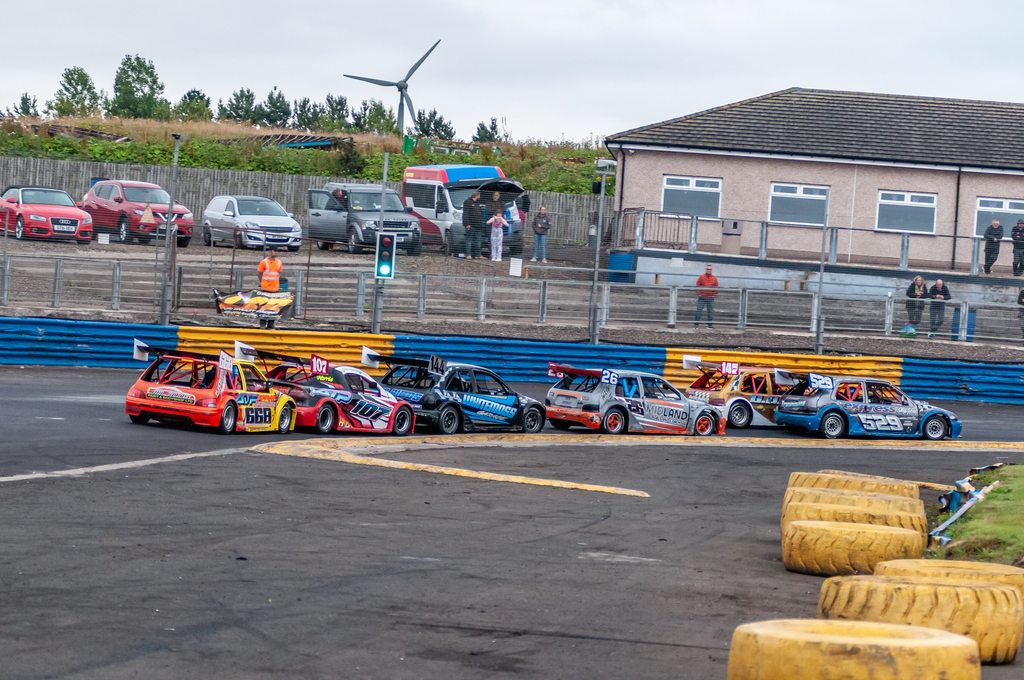 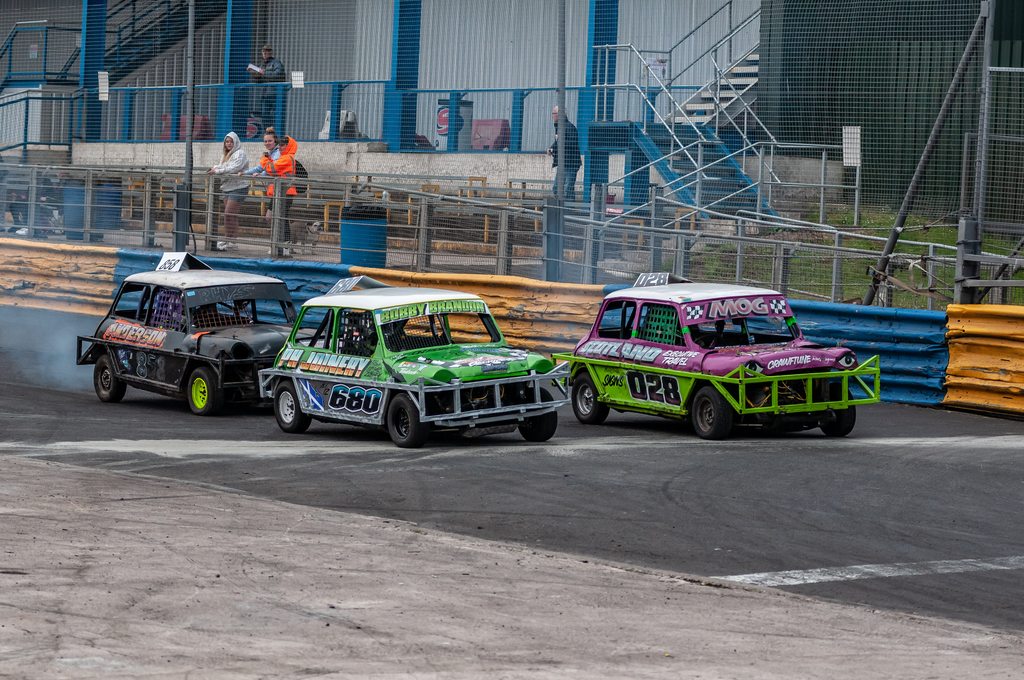 It was a fantastic Friday night performance from each of the three formula in attendance on Friday 30th July. A slick and efficient event seen 9 races turned around in just over 2 hours resulting in almost non-stop on track action for the paying public.

A record turn out of cars for a Friday night event from the 1300 Stock Cars seen 30 cars in attendance, which provided plenty of excellent racing throughout the evening. Blair Robertson continued from where he left off in his debut meeting – taking yet another race win, whilst other wins went to the two ‘99’ cars in attendance – 99, racing as 991 was that of Englishman Jacob Roff took a heat win, whilst Scotsman Callum Barclay took the meeting final win. Kyle Hegg continued to impress in his new car, with the Scottish Championship looming, he will be confident that he can put in a challenge for one of the biggest titles of the year. Reigning Scottish Champion Fraser Clark has been his consistent self – scoring well and keeping out of bother – and Friday night was no exception to that, picking up top 5 finishes throughout the evening as he maintains a lead at the top of the National Points and Track Championships. The Mathieson brothers, Euan and Andrew, will be hoping to find a bit more speed for the next event, having struggled for pace at each of the last 2 outings – seeing both drivers fall down the rankings. There was plenty of on track action on Friday night – with bumpers going in from the outset, providing some great entertainment for the onlooking spectators. The meeting final was full of action, with a hefty shunt mid way through the race as a number of cars tangled on the back straight, only to be collected by another couple of cars resulting in a race caution as the drivers were seen to and recovered from the raceway. Danny Whyte put in an excellent drive in the meeting final as he battled his way to the front of the pack, only to see it all go wrong on the last corner as Callum Barclay put in a big hit to take the lead – with the Whyte car clattering the wall and coming to a halt resulting in a finished outside the top 10 places!

The Ministox started off their weekend with day 1 of what would be a 3 day weekend for the youngsters, and despite the busy schedule, just under 20 cars took to the track for the opening heat of the night, including debutant Lucy Millar. Bobby Brandon and Max Walker are just two of the drivers that have shown a great upturn in form of late, building confidence along the way, and as a result, both drivers are beginning to pick up a number of strong race results. Jake Wilson has arguably been the in-form driver over the last month since his return to racing, and picked up yet another race win on Friday night in the opening heat of the night, with the aforementioned Brandon finishing in 2nd place, whilst Koddi Wright finished in 3rd. A few visiting drivers attended Lochgelly Raceway from the ‘West Country’, with Harry Darby being the most successful, taking a heat win in the 2nd race of the night for the kids. New Scottish Champion Scott Allardyce showed that he has the pace to challenge from the very back of the grid – coming through to take an excellent 2nd place finish, finishing just ahead of Jake Wilson and Charlie Hardie. Another driver who has shown an up-turn in form of late, is Jay Carruthers. The youngster hasn’t had too much luck since moving on into the Ministox formula a couple of season ago, but finally seems to be finding his feet, and showing some consistency – resulting in an excellent race win in the meeting final on Friday night – keeping a solid gap the pack behind him led by Jake Wilson and closely followed by Charlie Hardie. A special word goes out to Mirran Adams – who brought her car home in 4th place in the meeting final on Friday night as she continues to get ever nearer the point for moving up the grades given the recent run of good form!

The 2.0 Hot Rods were the third, and final formula in action on a slick Friday night – with the blue graded drivers standing out from everyone else – Jason Secker taking a heat and final double – his first Final win in the 2.0 Hot Rods formula, whilst John Campbell took the other race win – which meant Secker missing out on a maximum scoring meeting by just 1 point. The meeting final was an intriguing race given that National Points Champion Cameron Willacy dropped some fluids on the track, which resulted in a few cars spinning out of contention in the latter laps of the race. Willacy will no doubt be hoping the spill was no more than a loose water hose, and hasn’t caused too much damage to his engine!!

We are back in action on Saturday night this weekend – with a provisional 5pm start time. This event will feature the inaugural running of the Superstox John Gibson Memorial Event, whilst the Stock Rods, UKMC Ninja Karts, Junior Productions and Classic Hot Rods are all scheduled to be in attendance.

For more information, please visit our website at hardieracepromotions.co.uk! 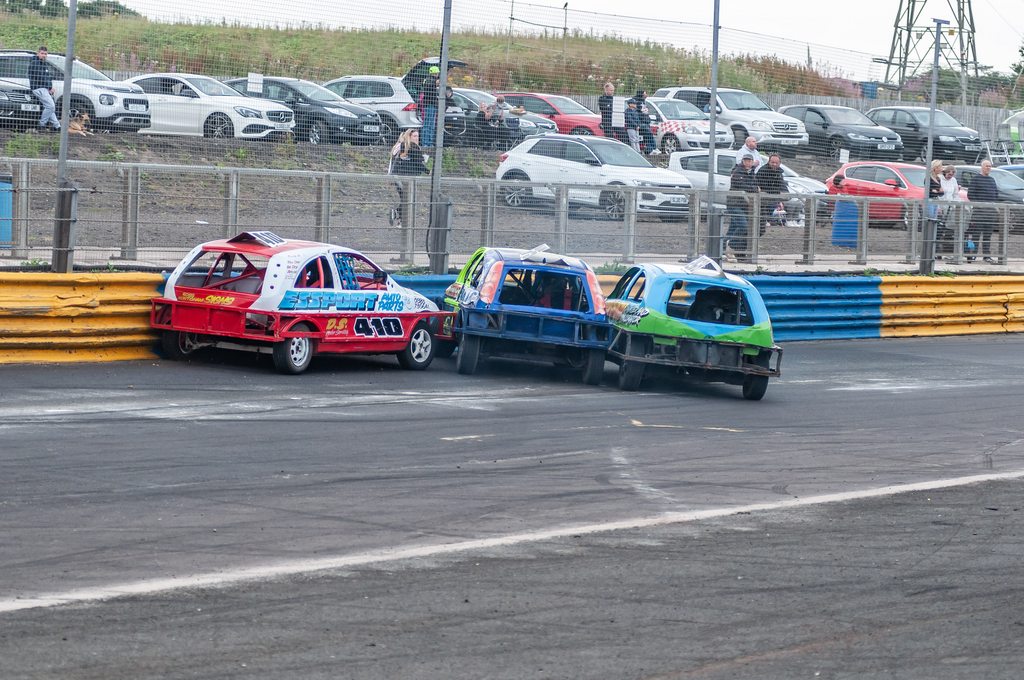