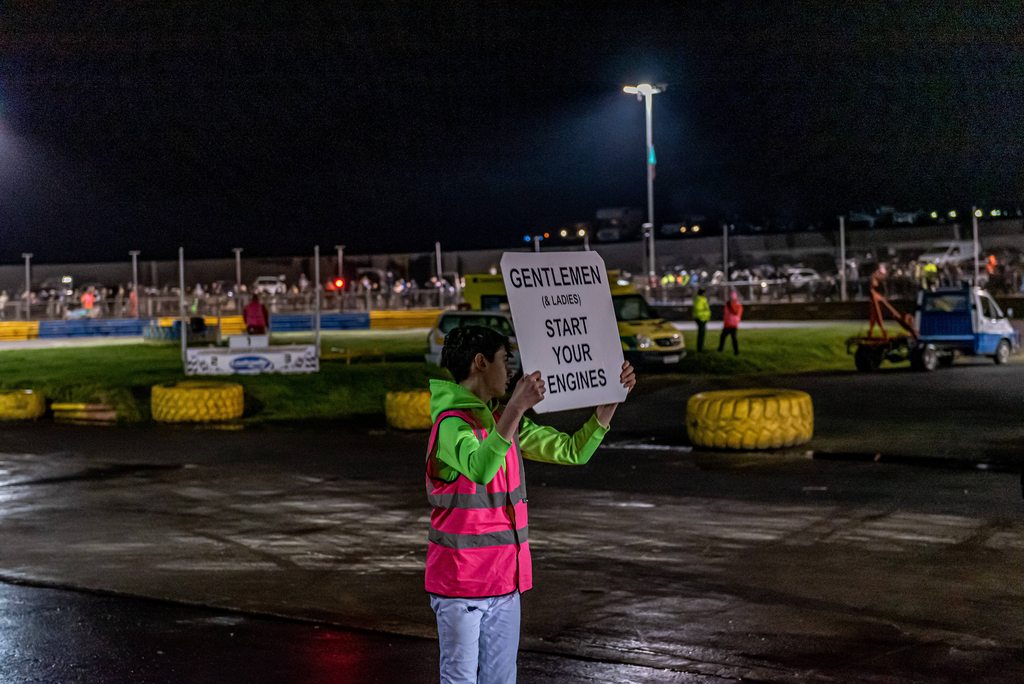 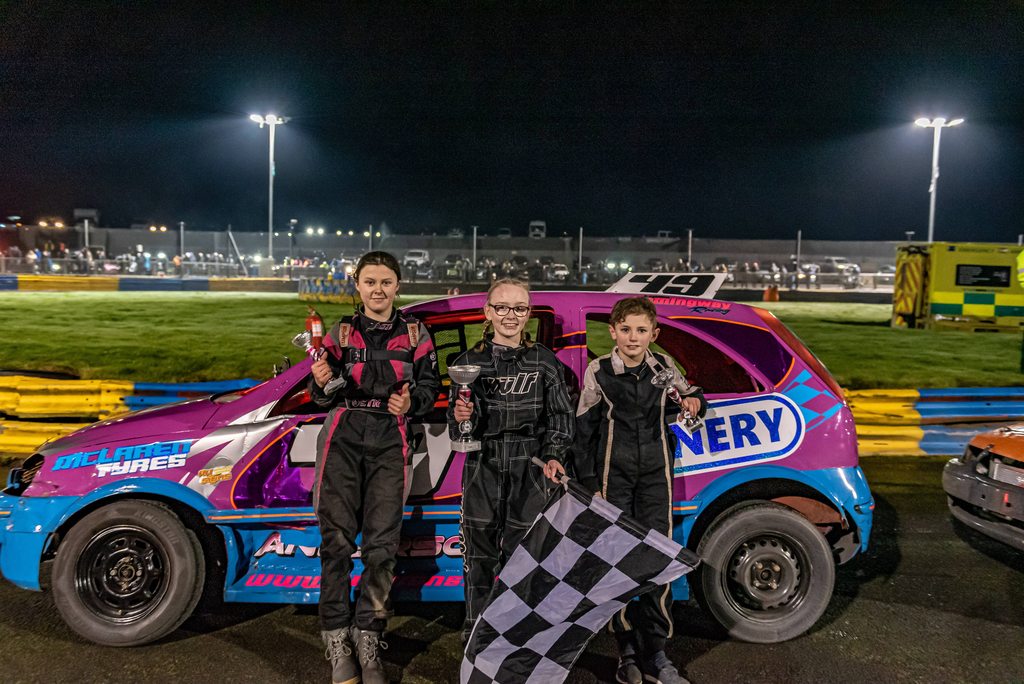 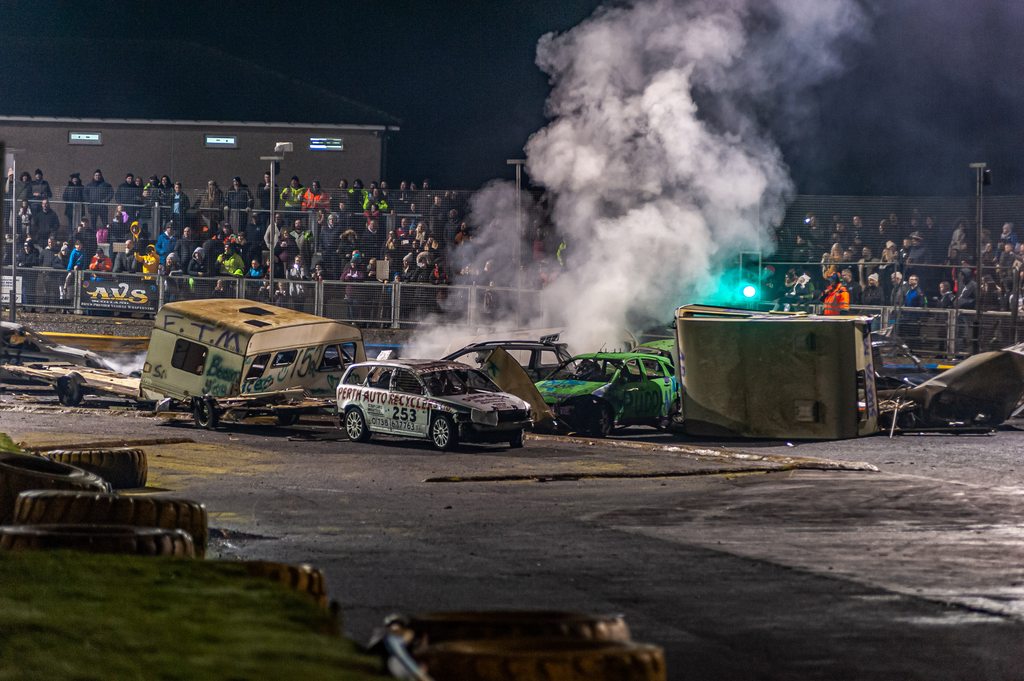 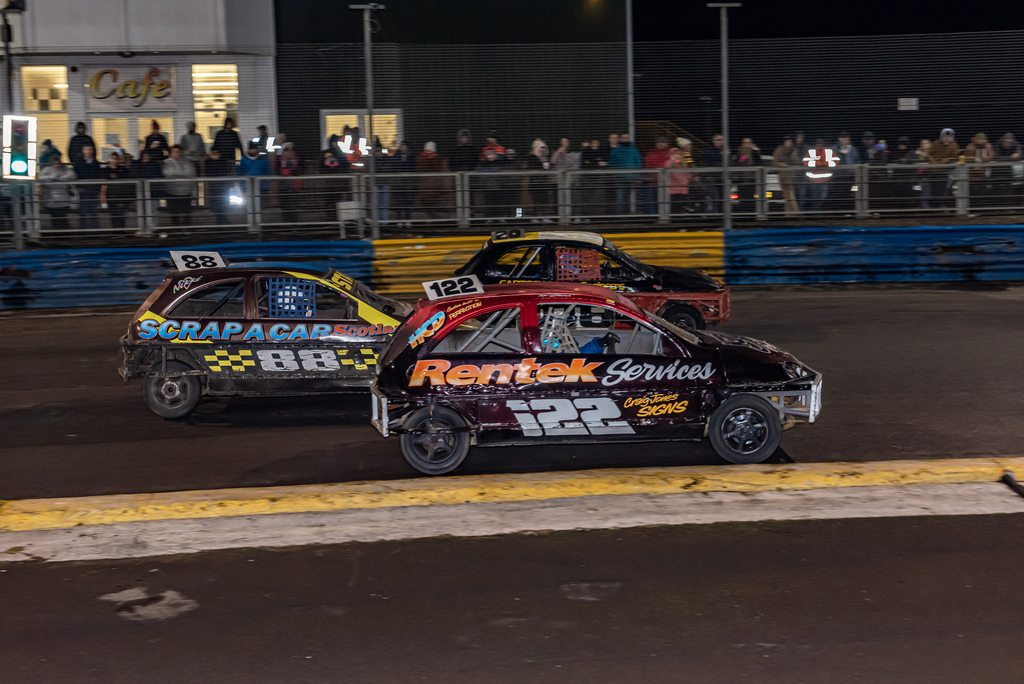 It was a special night at Lochgelly Raceway as a cumulation of events took place on the night to wow the crowd whilst giving the opportunity for passengers to have an experience to remember in the process!

Our annual charity event seen several drivers give up their time to provide over 80 people an experience of sitting in the passenger seat on track! Whilst not strictly a race, the drivers provided some excellent ‘racing’ for their passengers that had all contributed towards raising over £2,100 to be split between a couple of charities close to the hearts of those within the racing community. The adrenalin fuelled rides were certainly a hit, with demand huge on the night!! Something that will be repeated in 2022!!

The 1300 Stock Cars contested the annual Michelle Freck Memorial which seen an impeccably observed silence throughout the song of choice – See You Again, followed by a great minute’s applause before the commencement of the race itself. The much loved closed grid format always provides an entertaining race, and that was certainly the case on Saturday night as well. From the outset, the bumpers went in on a greasy track; Josh Muchin and Fraser Clark seemed to find a liking for each other on the night, with both drivers clattering the wall during the race. The recently crowned European Champion Kyle Hegg seemed to struggle with conditions and found himself fighting out more than he is used to as he battled for every position. The recently returned Zak Gilmour made a late booking on the day, and it was certainly worth his while as he came from the back of the grid to soon find himself leading the way in the memorial event. Gilmour wasn’t to be caught, and was delighted to win the 2021 Michelle Freck Memorial event, with Dean Abercrombie 2nd and Kyle Hegg in 3rd. Prior to the Michelle Freck Memorial race, there were 2 full on action packed heats, which seen Gregor Whyte take his first 2 wins of the season!!

The youngsters in the Junior Productions were with us as they completed an excellent 2021 season – with the points still up for grabs between Jase Walle and Koddi Wright. We welcomed a couple of Northern Irish visitors in the shape of Jack Morrow and Mathew Weir, with both drivers having had a lot of success in recent times here at HRP Lochgelly Raceway. It was to be a night for the novice drivers, as Connie Anderson and Liam Loggie both claimed wins on the night, with Anderson taking away a heat and final double! Jack Baird put in a strong performance from the blue grad, as he took away a couple of podium places for his efforts. Jase Walle found himself finishing ahead of Koddi Wright in each of the races, which meant that Walle would secure the National Points – adding to the Scottish Championship that he won earlier in the season.

The Micro Bangers contested in a rare team event at Lochgelly Raceway; Although, a few drivers didn’t turn up on the day, with numbers slightly lower than had been anticipated, it was nevertheless an entertaining performance from the Micro Bangers. Just 4 cars finished the opening race as the drivers set about each other from the outset, with several drivers unable to make the remaining races as a result!! Andy Armstrong took the win in the opening race, and as such, secured the 2021 National Points for the National Bangers class. Joe Yeates took the 2nd race of the evening, before Armstrong took the meeting final before the demolition derby resulted in a massive head on, and a resultant dead heat between Norman Moore and Andy Armstrong! Armstrong and his team, would take away the honours as the winning team!

The ProStocks rounded off their campaign with the usual entertaining racing. Grumm Fleming took a race win – his first for quite some time in the opening heat, before then going onto finish in 2nd in each of the remaining races!! Gavin Ritchie took his first race win in the formula in heat 2, with Scott Lindsell taking a win in the meeting final. Darren Rae would secure the track and national points championship, with Tam Melrose sitting out the final 2 meetings.

The evening rounded off with the Caravan Carnage demolition derby – a record number of caravans took to the track, though, they lasted no more than 5 laps, as most of them were destroyed in the early stages of the event! Gavin Broadbent wowed the crowd with an entertaining display, as he set about destroying every caravan on track as his car kept ploughing round in the closing stages of the event, much to the delight of the spectators.

That’s it from us, until the 31st December!! Check out our website for more information on that exciting event!! 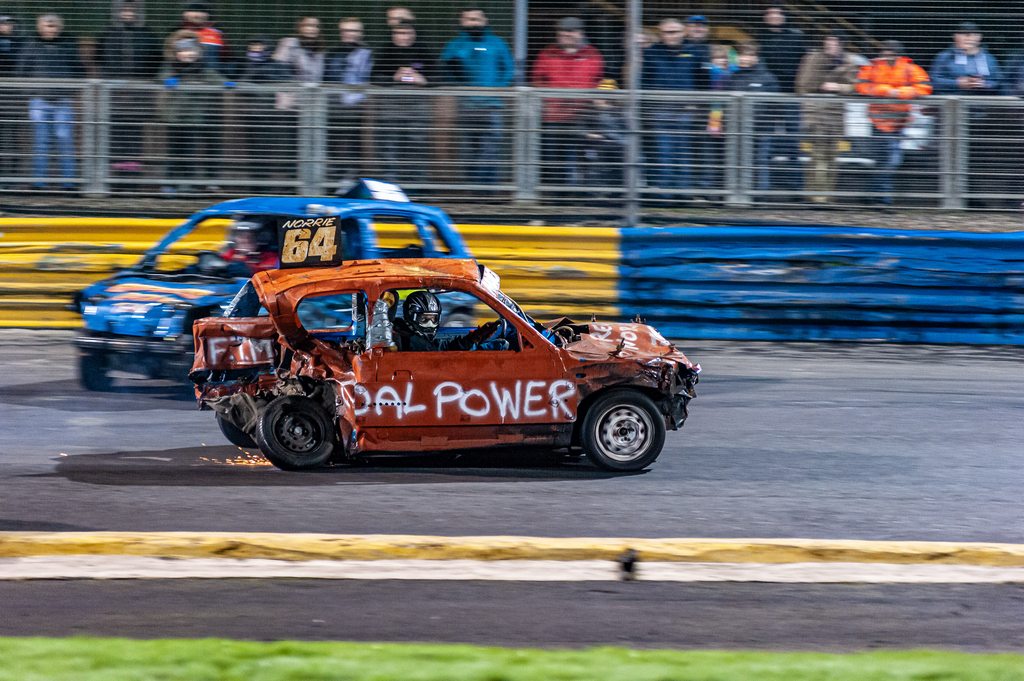