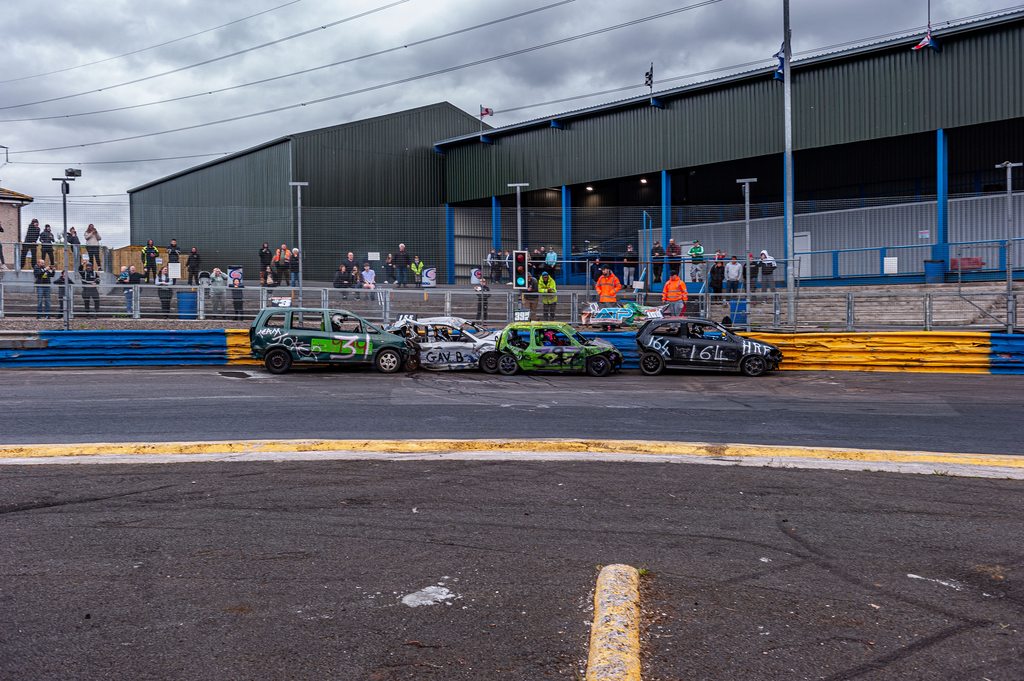 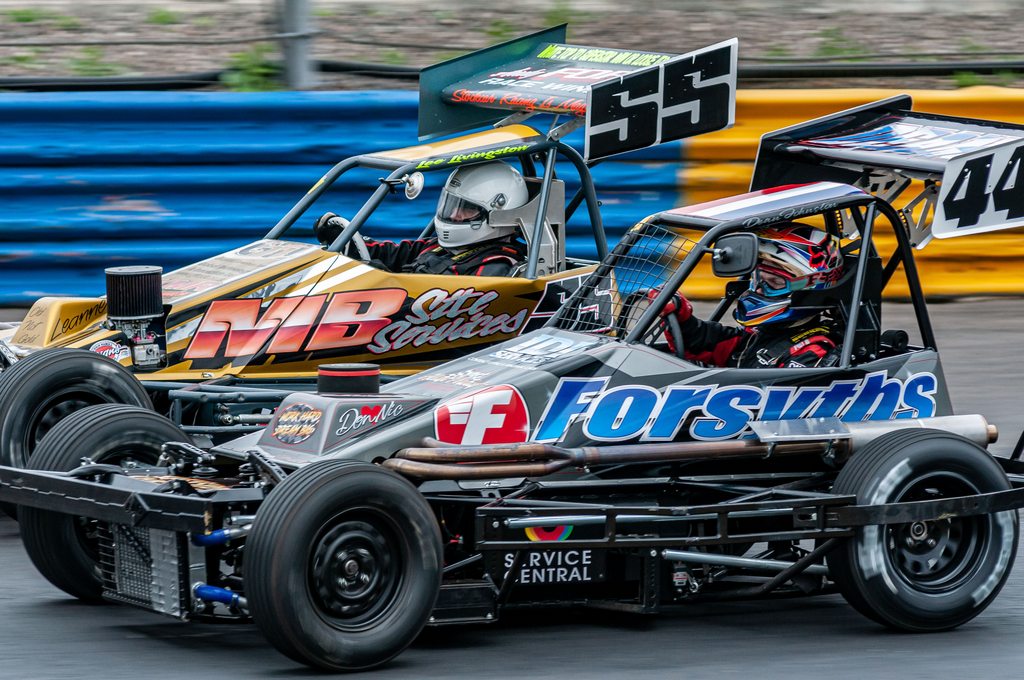 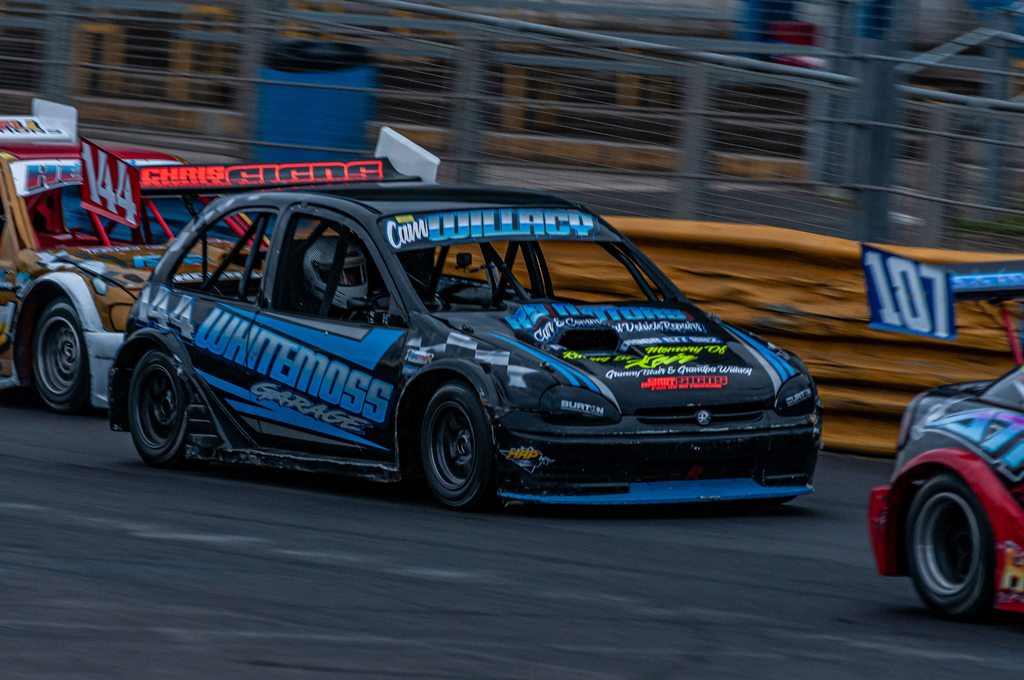 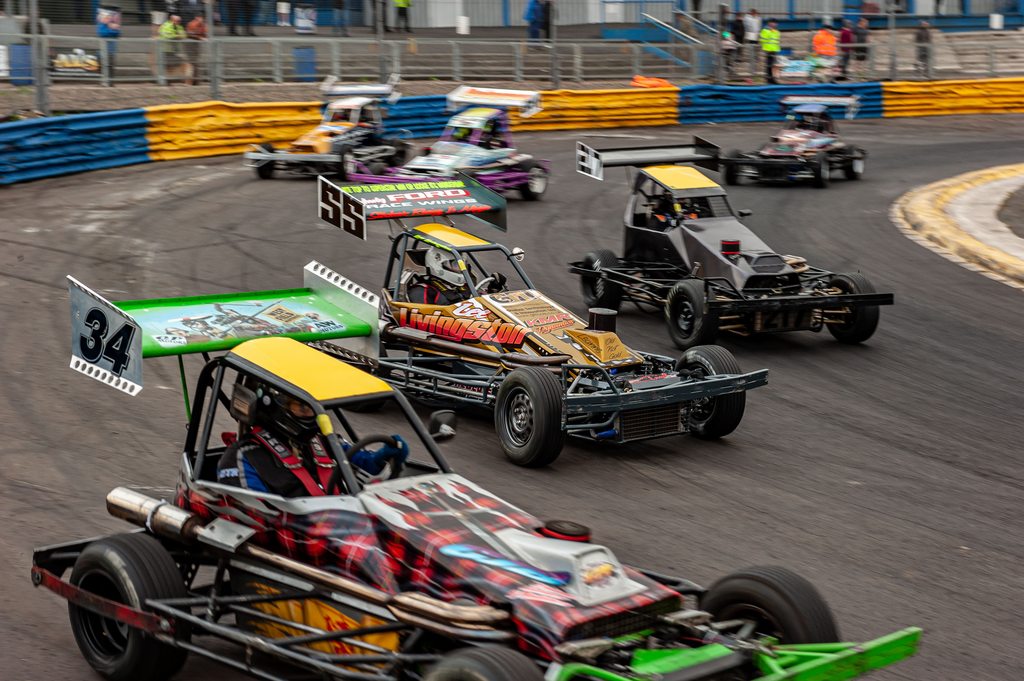 Despite the uncertain weather forecast on Friday, the track conditions remained dry throughout the night and provided some top quality racing and banger racing as a result.

The 2.0 Hot Rods had everything to play for, as 4 drivers remained in contention to claim the 2020-21 National Points Championship. With the high stakes on offer, it was one of the most nerve-racking affairs for the four drivers involved in the battle – all keen to keep out of bother and get points on the board. For Willacy, he led going into the event and all he had to do, was finish ahead of his challengers throughout the night to ensure he claimed the title – sometimes easier said than done!!

With the drivers involved in the battle perhaps not pushing as hard as they might normally in an effort to ensure they finish races, it gave some of the other drivers an opportunity to take away some silverware on the night. Jason Secker, who has been improving week on week in the 2.0 Hot Rod class, claimed his first race win in the opening heat of the night, finishing ahead of Marc Honeyman Scott Devine. Behind them, Kevin Stewart held a steady line as he claimed 4th position, with much of the pack unwilling or unable to make a move stick around the outside of the 2020 Track Points Champion. Heat 2 of the night was another solid race – with Marc Honeyman hanging on to take a hard fought race win – hanging on from Jason Secker and Scott Devine who were both in close contention as they awaited an error from the Honeyman car. With the 2 heats completed, Scott Devine looked to be the closest challenger to Cameron Willacy in the battle for the points – with the gap down to just a handful of points as the drivers entered the final race of the campaign. As the green flag dropped, it was Honeyman who got away first, whilst Devine and Secker slotted into 2nd and 3rd. After a coming together in the opening laps, Devine retired his car onto the infield which seen the end of his challenge for the race for the silver roof. Honeyman continued to lead the way, as the pack bunched up behind him – Secker tried to make a move on the outside on a number of occasions, but was unable to make it stick, before slotting back in behind the 107 car as the pack closed back up. National Points leader, Cameron Willacy seemed happy to sit in behind the front 2 cars knowing he only had to finish where he was to be crowned champion and no risks were required! A mature race from the youngster seen Willacy finish 3rd on track, but later promoted upto 2nd place, and become the National Points Champion with the opportunity to wear the silver roof for the next 12 months! Honeyman took the race win – his second of the night, with Gerry Hendry moving up into 3rd position as a result of a docking for the 529 car. The 2021 World Championship will take place in Northern Ireland in just a couple of weeks time, with 6 drivers from Hardie Race Promotions heading over to represent Lochgelly in the quest for Gold!! Good luck to the six drivers; Cameron Willacy, Gerry Hendry, Kevin Stewart, Scott Devine, Greg Honeyman and Marc Honeyman!!

The Superstox seen Gary Chisolm make the trip north for some Friday night action, though missed the first heat of the night. National Points Champion Bryan Forrest continued from where he left off last time, and took another excellent win in the opening race of the night, finishing ahead of Mark Brady and Dean Johnston. Johnston drove superbly to come back to 3rd position having been spun out early in the race by Adam Low, though it was Low that came off worst as he retired his car into the infield area shortly afterwards. Heat 2 of the night seen Bryan Forrest run into bother midway through the race, as his car snaked up the back straight before having to retire as he battle his way through the field. Dean Johnston was the driver that made the most of the retirement as he took a race win, with Jack Turbitt and Kenny McKenzie rounding out the top 3. The meeting final seen a good race from the Superstox formula with Lee Livingston storming to an excellent, and relatively comfortable race win! Bryan Forrest and Dean Johnston were pretty evenly matched throughout the race, before Forrest had a coming together with Turbitt as he looked to make up a place, which seen Forrest spin around as a result, dropping down the order and narrowly being avoided by the oncoming pack of cars. Turbitt likewise lost a place or 2 as a result of the coming together, but was quickly back in the running and battled well to finish in 5th place in the race, just behind Adam Low. Lee Livingston rook the flag, with Johnston and McKenzie finishing in 2nd and 3rd places.

The Back 2 Basics Bangers provided some good entertainment on the night despite car numbers being lower than had been hoped for. Credit to the drivers though, they all went out and put on a show with Gary Mentiplay taking heat and final win, as well as being the last car running in the Demolition Derby at the end of the night. Ryan Martin took a win in a very lively heat 2! Heat 2 was arguably one of the best Back 2 Basics bangers races we have seen at Lochgelly, with Gavin Waugh almost rolling his car over, whilst Gavin Broadbent, Dayle Linton and a couple of others all went for a crash, with Ryan Martin joining in as the chequered flag came out!! The result seen a train of cars parked against the Lochgelly barrier and just 3 cars completing race distance!!

A short break from Stock Car racing will see us return to action on Saturday 17th July as the National Hot Rods start the campaign trail in the quest for World Qualification in 2022! The Superstox, Ministox, ProStock and Stock Rods are all also in action in a fantastic five formula line up.