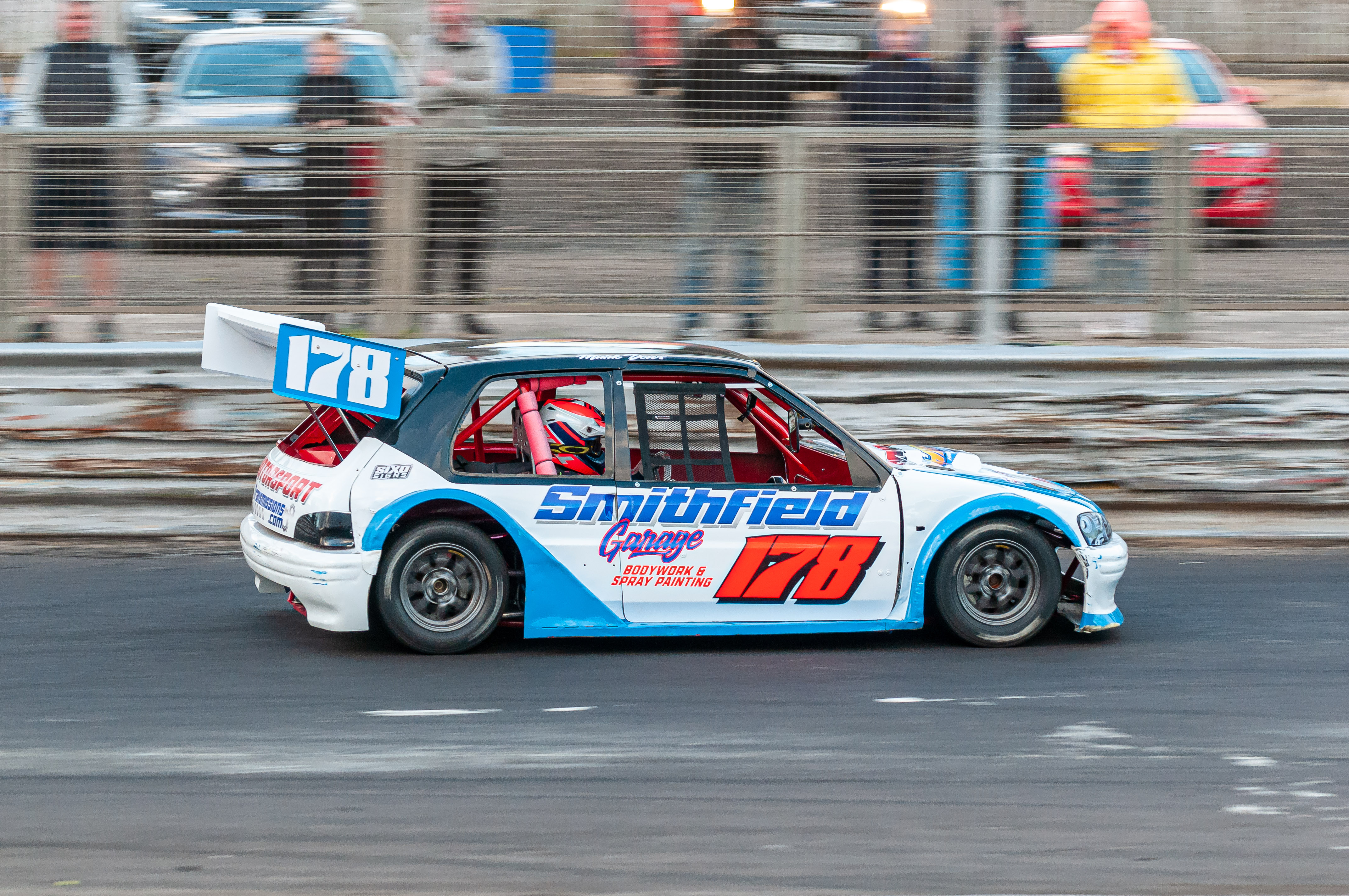 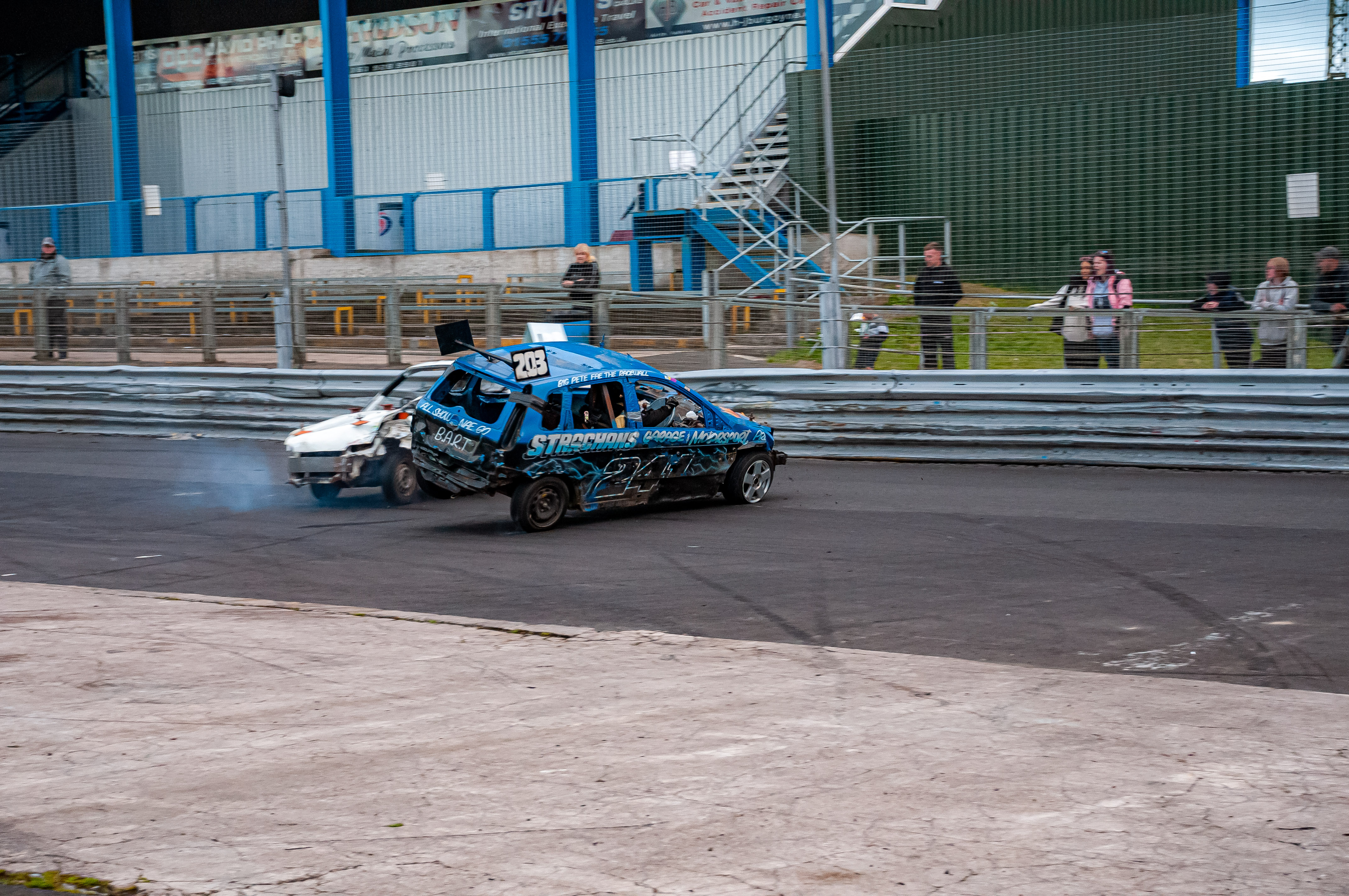 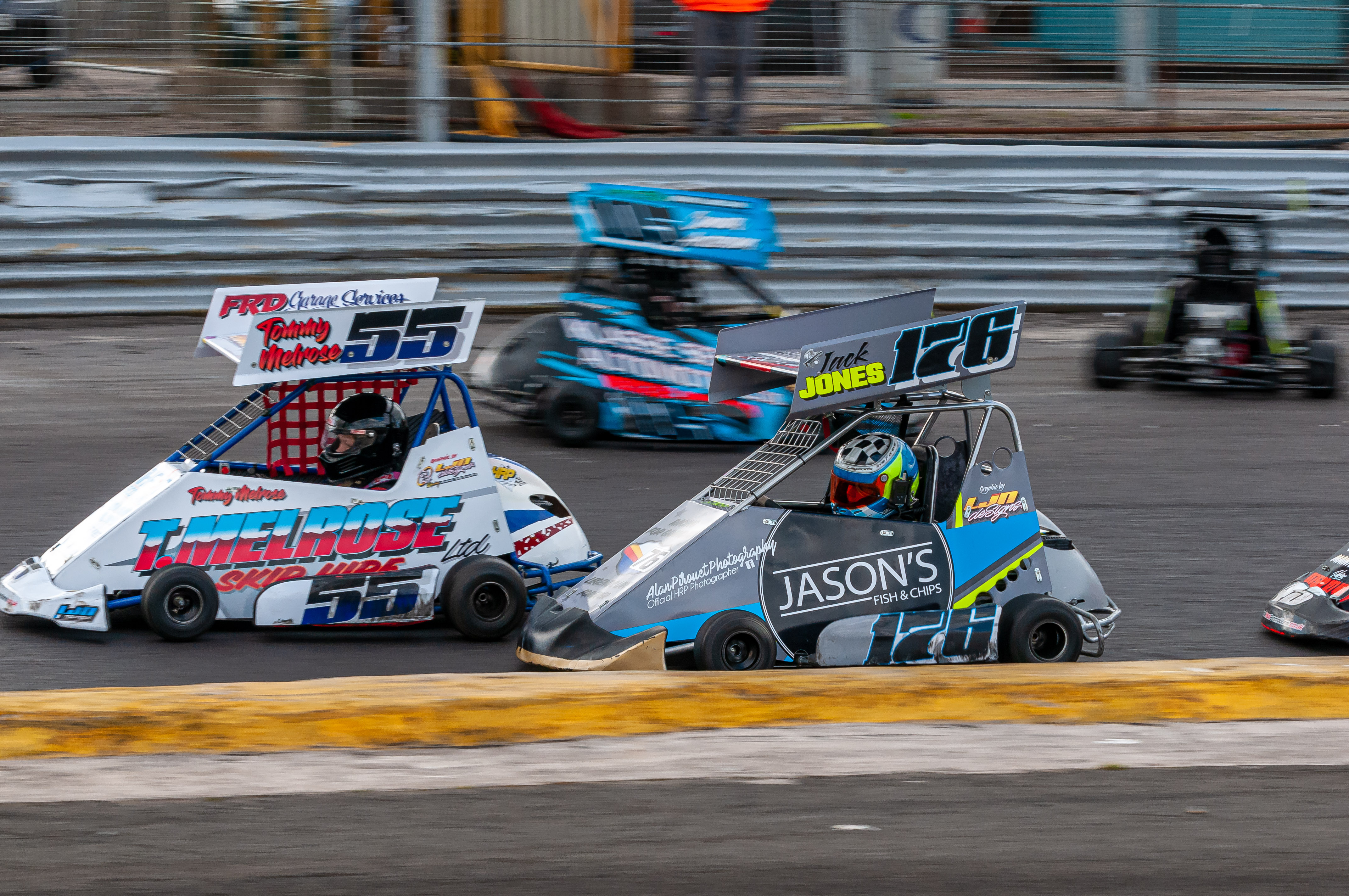 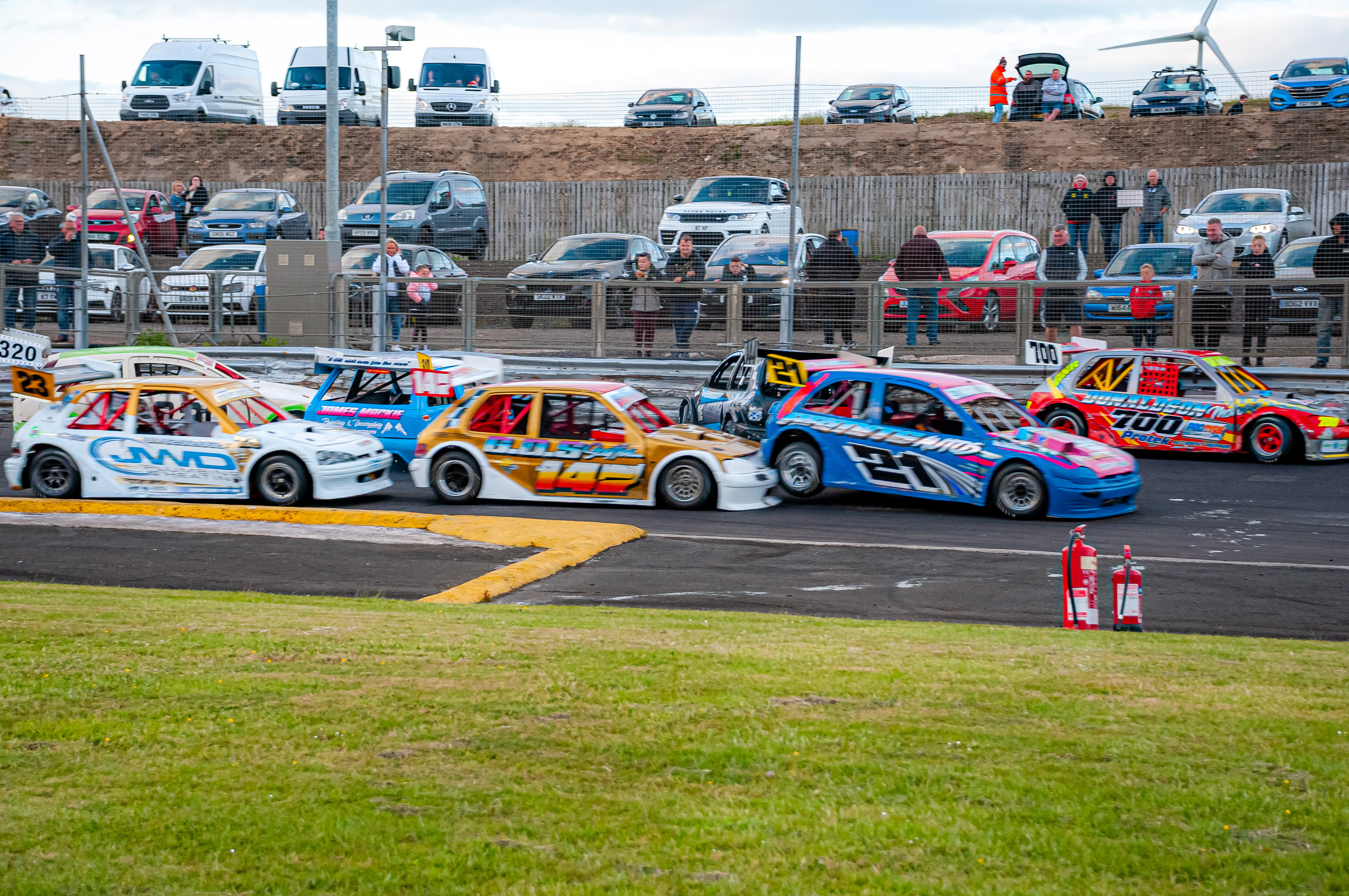 The final Saturday night of the first half of the season took place last weekend with 5 formula in attendance, with some great racing provided by the majority.

The Ninja Karts seen around 20 karts in action throughout the night. The night kicked off with the whites and yellows race – a race brought in to give some of the less experienced drivers an opportunity to build up their confidence. Jayden Lee Jeffrey looks to be oozing in confidence at the moment, as he took yet another win in the whites and yellows event, sweeping to a relatively comfortable race win. Louie Hendry and visiting driver Arthur Ware completed the top three. The main heats seen the blue and red graded drivers enter into the races with the star graders shining on a night that seen little in the way of incidents, and therefore some good fast racing. Current points leader Dougie Kidd took a win in the opening race of the night, followed home by his nearest challengers – Jack Jones, Kenzie Bell and Stuart Shevill. Heat 2 seen Dougie score a DNF having lost a wheel midway through the race. A great battle towards the end of the race between Shevill, Bell and Jones seen the trio battle it out for the win in the closing stages of the race. The final race of the night seen the quartet of drivers dice their way through the traffic excellently, though Lucas Whyte showed some great pace to hold off Kenzie Bell for an excellent fourth place finish – though, Dougie Kidd, Jack Jones and Stuart Shevill all made there way to the front as they raced for the podium places.

The Stock Rods were a little down on numbers, though, that was perhaps anticipated following a hectic weekend of last weekend, and there European Championship just 2 weeks away as well. Siobhan Martin wrapped up the National Points with another couple of wins on the night. Darren McAlpine would take the opening race win, finishing ahead of Chris Lattka. Heat 2 would see Siobhan take the first of her two victories, with former Scottish Champion Gary Dean finishing in 2nd place. A coming together midway through the race between Niall McFerran and Paul Hughes, seen Paul Hughes veer onto the infield area at the end of the home straight, whilst McFerran was able to continue on his way. The meeting final seen Siobhan Martin move into an early lead, though was kept alert by Chris Lattka, who pressed all the way, but wasn’t able to make an impression onto the race leader. Lattka took away another 2nd place finish, with McAlpine rounding out the top three.

The Ministox were brought together before the meeting to remind them of race etiquette, and what would be deemed acceptable in the formula going forward. The youngsters took it all in their wake, and again, provided some great racing, with the lower graded drivers standing out well. 2022 novice Hamish Plenderleith won both heats in what was an excellent night for the youngster, whilst Demi Ritchie showed that the girls can mix it with the boys, taking away 2 runner up spots as well. The bumpers went in throughout the night as the star graded drivers tried to make their way through a stubborn, and competitive field of drivers. Sam Cavanagh put in a great performance from blue grade, cumulating in a 3rd place finish in the meeting final – as Jake Wilson and Robbie Armit had a great race to the flag for the win.

The Micro Bangers were somewhat disappointing on the night, with a number of no shows from drivers. The first of the three races were a ramp race, with the drivers having the opportunity to jump over the ramp throughout the race. Joe Yeates would be the driver to beat on the night – winning all three races, before Craig Watson took the win in the DD.

The 2.0 Hot Rods provided some great racing on the night – on the most part within the scope of the formula, though, there was a few comings together resulting in some lively action!! Ryan Mackie took a great win in the opening heat, holding off an in form Mark Dews to the flag. Heat 2 of the night seen a coming together with Ian Donaldson and James Morris, as Donaldson found himself out of shape around turn 3 and 4 having took a little bit of contact from the World Champion. As Donaldson attempted to hold onto the car, he clipped the then passing Morris car, with Morris then spinning around in the process! Mark Dews would take a race win having overcome Ryan Mackie in the latter part of the race. The meeting final seen a lively start to the race, as the grid bunched up and the drivers diced for position. Turn 1 would see the cars go into the corner almost 3 abreast, which unfortunately seen a coming together amongst a few of the cars, with Donaldson, Mackie, Willacy and Morris all losing out. Mark Dews would take full advantage of this, as he swept to another fine victory – keeping Scottish Champion Jason Secker at an arms length for the best part of the race, whilst Keith Brown brought his car home in third place.

This Friday, we will see the Superstox, 1300 Stock Cars and CC Rods in action as we close off the first half of the season – 7pm start time!